This week we continue our focus on JLR’s history as part of Women’s History Month.  By the 1950s, the JLR’s 260 active members were recognized in Richmond as a “force to be reckoned with.”  Officially, its intent was to “foster interest among its members in the social, economic, educational, cultural, and civic conditions of the community and to make efficient their volunteer service.” 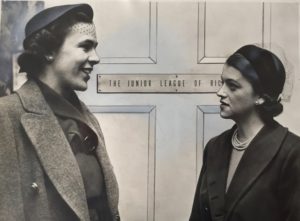 In 1951, to celebrate its 25th anniversary, charter members of the League performed a skit for members, retelling the story of the founding of the League.   The League also opened a nursery to care for the children of League members during meetings. 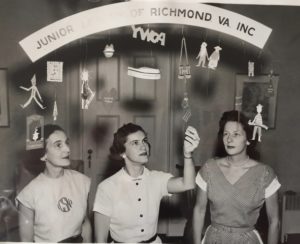 In the late 1950s, the membership voted unanimously to start the Senior Center, which opened on January 5, 1959, at 909 W. Franklin Street.  The center provided much needed resources and activities for the elderly population in Richmond. In November 1967, it moved to 2710 Monument Avenue.

Ensuring that the Senior Center would have adequate funds to provide the needed services, the League revisited a novel way to fundraise – the Junior League Follies.  This was a variation on the revues that the earlier Leaguers had held in the 1930s and 1940s. Professional choreographers and producers were hired from New York to teach League members how to sing, dance and high-kick – they put on their dancing shoes and wowed their audiences!  The first of the follies, called “Show Business,” netted over $21,000! These follies continued for decades and were a large source of revenue for the League’s community projects. 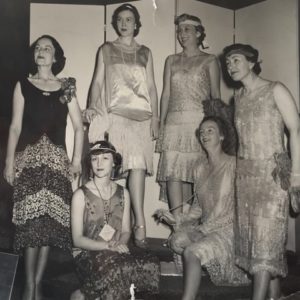 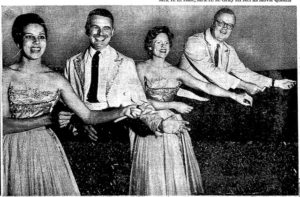 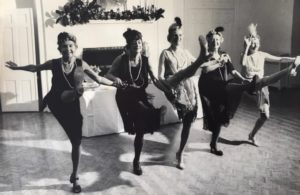 Another long-standing League program that continued through the 1950s was a series of puppet shows that Leaguers took to children throughout the Richmond metro area.  When the puppet program first started, they made the heads of the puppets from potatoes. In the middle of a tour of “Jack and the Beanstalk,” the giant’s head began to sprout!  As time went on, the puppets became more professional in appearance and action and entertained thousands of children. 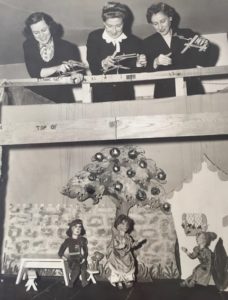 In the late 1960’s the League joined with with the Valentine Museum to start the Junior Center at The Valentine.  The Center was developed to help children have a personal experience with history, science, and art. Its first exhibition, entitled, “Moon Odyssey” opened in 1969.

In the early 1970s, JLR began a a three-year pilot project in the Richmond Public Schools called LEAP (Language Education Assistance Program).  The project screened, tested and tutored children at high risk due to specific learning disabilities.  The project began at Reid Elementary and was successfully expanded to two other city schools.

In 1976, JLR celebrated its 50th anniversary!  By early 1977, the League had 335 active members, 539 sustainers (those members beyond the age of 40!), and 56 provisionals (new members).  As part of its anniversary celebration, the League co-sponsored, along with other civic organizations, a Conference for Children. This conference led to the formation of the Greater Richmond Child Advocacy Office in 1978, with its offices located in the Junior League’s headquarters. 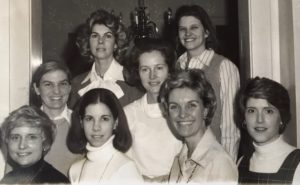 In 1977, JLR decided to be part of the revitalization of downtown Richmond and purchased the Mayo-Carter home at 205 West Franklin Street.  League members undertook an extensive fundraising campaign to purchase, renovate and begin the operation of the house.

In January 1977, the League financed the Discovery Room at the new Science Museum of Virginia.  The Discovery Room served as an introduction to the museum and offered visitors a hands-on and visual experience. 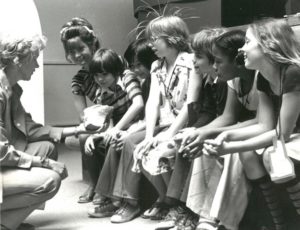 The important purpose of the Junior League of Richmond during these decades was summed up best in 1977 by then-President Mrs. Lewis Flinn, Jr.  “The Junior League is a unique organization. The focus is on the individual member, the development of her skills and her potential. She is trained to be an informed and effective volunteer.  We seek to meet community needs, but the training and development of the member is paramount.”
Next week, we will see what impact the JLR and its members had in the 1980s and 1990s!